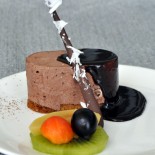 Jeunes Chefs Rotisseurs 2013 – The National Young Chef competition was held at Taj Vivanta by the Bangalore Bailliage (chapter) of the La Chaîne des Rôtisseurs  the world’s premiere gastronomy society. This is the first time this event was being hosted in India. The broad rules were chefs should be below 27 years old with less than 5 years of professional experience. They had to cook three courses (appetizer, main and dessert) and battle it out for the first prize of representing India at Istanbul, at the International JCR 2013.

For me the day was a wonder, a day where I saw some very young chef’s use their minds and skills innovatively, also see them work under pressure and yet trying to behave calm since they were being judged in the kitchen too, we were allowed to go in and out of the cooking area but without disturbing them too much, Let me take you through the photos and you will see for yourself what happened that day 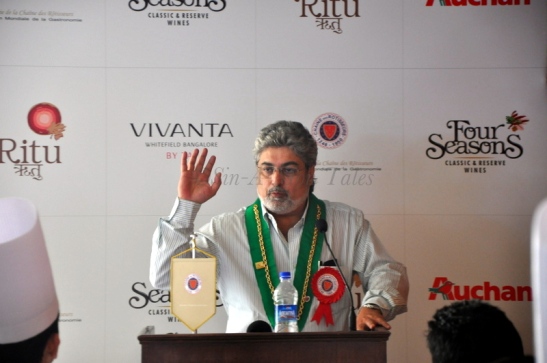 When we walked in a couple of minutes later than the time given, the initial briefing was already on…being on time in Bangalore is such a thing of the pass that it made me very happy

After the briefing they were sent to the stations which had black mystery box with mandatory ingredients and a another box with option ingredients, there was also an open pantry both for dry and fresh items which they had access to through the cooking

The cooking area, the whole thing was so well organised

A part of the cooking station 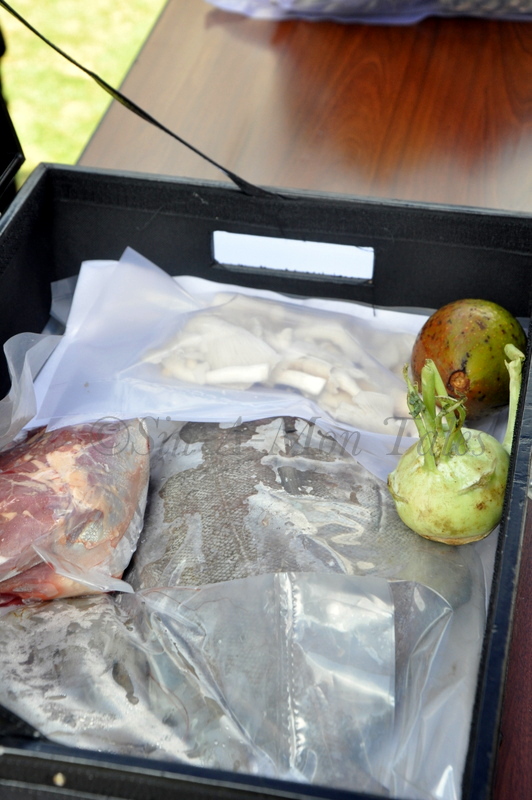 The common pantry with a selection of fresh veggies and fruits 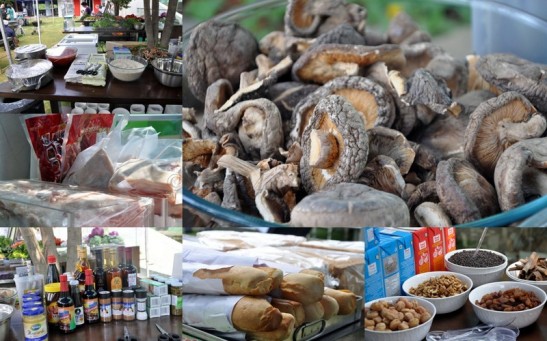 And while the chef’s were sweating it out cooking, there ofcourse was good food for all of us to eat….pity I couldn’t click all of it because there was a greek salad in the jar that I really really liked

Attending the event that day also gave me a chance to meet Chef Jacques Le Divellec, a 80 year old two Michelin-star chef. He is known as the Ambassador of the Sea and has written several books on seafood and its cooking and what amazed me was when Ruth and me asked him about what will he cook for a dinner party at home for people he said everything seafood including dessert, for which he said may be he will serve Salmon Sorbet… God how I want to eat that now

Me and Ruth with the chef

Once the tasting started what a madness it was, madness of taking pictures… imagine 17*3 dishes you can take pictures of 🙂 but it also told me that damn thats a tiring job and also results in a truck load of pictures you don’t how to sort and upload at the blog.. 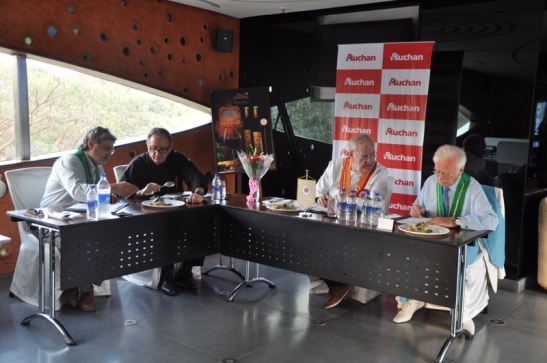 The judges at the tasting table

So what I did was created FB albums for the pictures, so here is where you can see what the young chef’s plated up

The winners of the competition were

The whole thing was so impeccably organized that I just can’t end the post before saying kudos and congratulating Ruma, Aslam, Rishad and others on the hard work they put in… And  good luck Chef Hitesh Gautam make us proud in Instanbul