So one benefit of moving to Kormangala is certainly the number of eating joints at ones disposal… According to the recent report there are a 114 eating joints in Kormangala alone… Can u beat that? And in that if you heart asks u to repeat one it must mean something… And that’s what has been happening with Cafe Thulp… I posted how I felt when last time we went to Cafe Thulp not so long ago… and last week I hadn’t cooked in a weekday and in the evening after putting my son to sleep we thought of catching up a quick bite somewhere and N suggested we go to Cafe Thulp again… normally I don’t like to repeat places atleast so soon but I surprised myself by agreeing to it and off we went walking and thats the other thing about Kormanagala. One can burn atleast some calories we eat by walking up and down 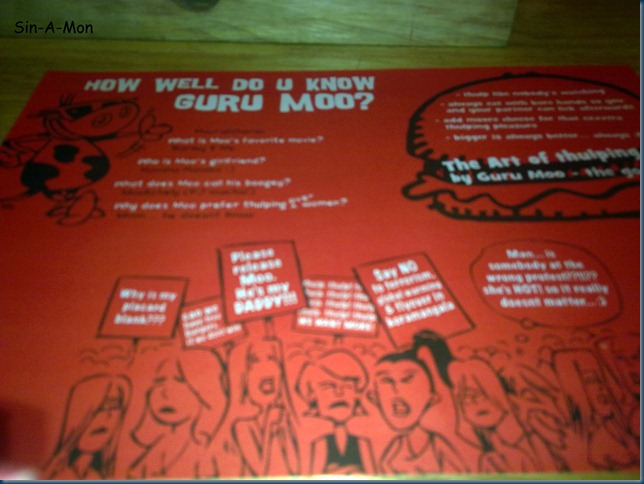 And than we got down to ordering, N was in a mood of some veggie stuff and I wanted to eats some eggs… I saw that the daily special had a omelette with sun dried tomatoes, olives and bacon and I knew that is what I wanted to eat

and I am glad I did because I think this was one of the best omelettes I have eaten in a long long time, fluffy and cooked to perfection… just right… not too brown but not raw inside… It was served with 4 slices of garlic bread (though I must admit their garlic bread can do with some help), herbed potatoes and roasted tomatoes (which are again my favourite). The sun dried tomatoes added a very nice twist to the omelette and I am going to try that next time I make one at home.

N ordered a vegetable fried rice with some stir fry veggies along with it and though it was pretty regular fare I think it was yummy too… the stir fry veggies had a very nice flavour to them which I still can’t put my hands on what exactly it was but was very pleasant.